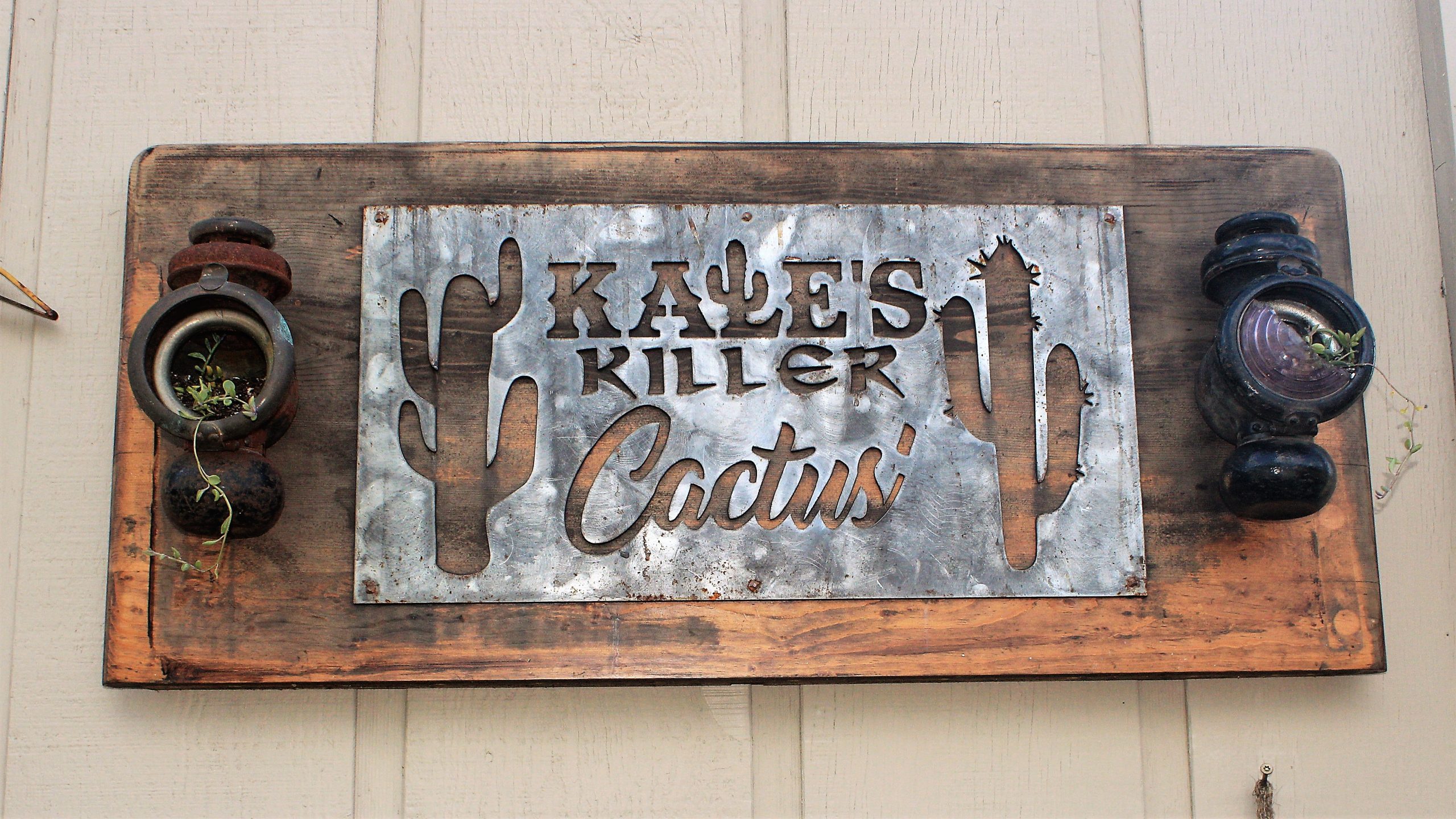 Twelve year old Kale Nielsen of Roseburg, Oregon loves plants! He started gardening about 4 years ago when he helped his mom with her vegetable garden. About the same time, he became interested in succulents when his great aunt, who is a Master Gardener, gave him some starts and taught him how to take care of them. His interest was sparked and he began acquiring different types of succulents and cacti.

His hobby quickly became profitable. Kale said, “I had so many that I needed to get rid of some so I could buy more.” Friends and family were happy to buy his creative arrangements.  Now he has budding a business in his backyard selling cacti and succulents. He has been doing this for 3 years and has sold over 100 plants.

Kale loves these plants because they are all unique, but there are some downsides. Kale says about his cacti  “Some hurt really bad.” He says that they have various spikes or thorns on them that can be hard to avoid. In addition, there are some succulents that are very delicate. Kale says that one of his plants is sensitive to both water and sunlight.

Despite that, Kale loves his cacti and succulents. Kale says “My favorite plant is either my giant echeveria (succulent) or my giant agave (cactus).”  Kale says that these are his favorites because they are interesting and much larger than most of the other plants. He says, “They are fun to learn about.”

Kale has a lot of experience with these plants and was happy to give some tips and pointers. He says to keep succulents in part shade, water them when the dirt is dry, and if they look dried out, water them more often. Kale added, “You can keep some sedums, hens and chicks, and echeveria outside in our climate. You want to bring the rest into a greenhouse or cover them.” Kale also said, “Succulents have babies or new growth that are branch-like. You can gently remove those. If the new growth has roots try to keep those intact. Then you can replant them and start new plants.”

About cacti, Kale says, “You should bring them inside in the winter and water them lightly once a month. In the spring and summer, bring them out and soak them. This will encourage them to bloom.”

Kale is continuously purchasing and researching new and different varieties. He uses his money to buy more plants and supplies. If you want to know more you can simply look up “Kale’s Killer Cactus” on Facebook and check out his page. Kale says his goal is “To have lots of cool plants.” He hopes to learn about and grow as many as he can.