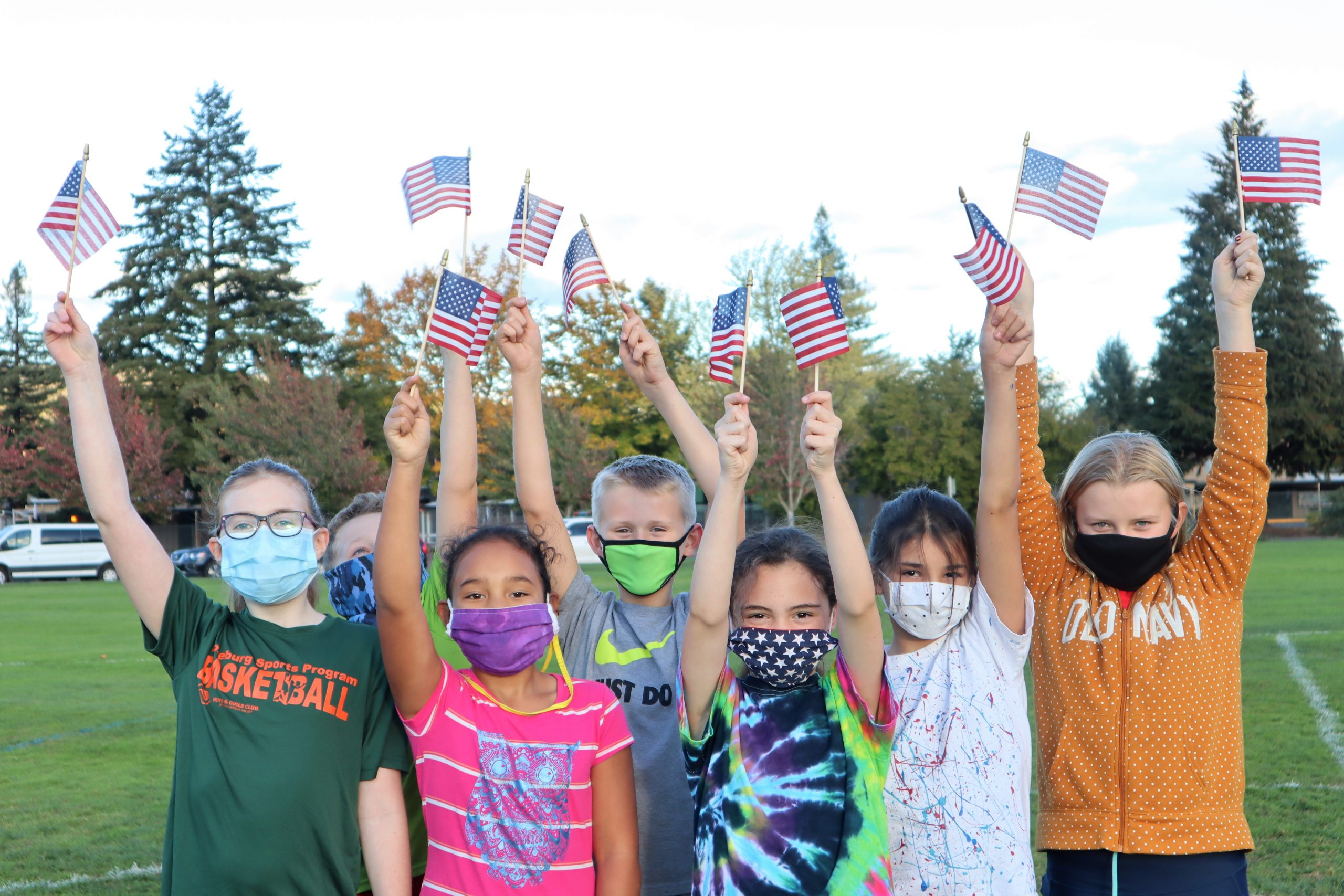 Veteran’s Day means something different for everybody. But for the kids of Roseburg, it is about honoring those who have or are currently serving and risking their lives for our freedom. “I  have a family member that went to World War II and he was my great-grandpa, so Veteran’s Day means a lot to me because of him,” said Donnivan Stone, 7th grader from John C. Fremont Middle School.

Some kids have family members that are currently active. Madie Hoschouer, 7th grader from Fremont stated, “Veteran’s Day is a time to honor the people who risked their life’s for us. Having a brother in the military helps me have a new appreciation for Veterans Day.” Madie added that her father also served in the Army.

Levi Kincaid, third-grader from Fullerton IV, has had several family members that have served our country. Levi specified, “Veteran’s Day makes me think about my grandpa who fought in the Korean War as an infantry soldier. It also makes me think about my grandma’s uncle who was killed in action as a paratrooper in World War II. These men sacrificed their lives and time fighting wars because they believed in our country.”

Roseburg’s youngest citizens are thankful for their family members who have served. Kale Nielsen, 7th grader from Roseburg, said, “It is a day to remember the people who have served and fought for our country.  My grandpa, Frank Nielsen was in the Army in military intelligence. He was a specialist. My great-grandpa, Robert Eberlein was in the Navy & served on a navy ship.”

Emylie Moore, 7th grader at Fremont, also has great respect for Veteran’s Day. She said, “To me, Veteran’s Day means honoring the people who served our country. It means to congratulate them for their hard work, and to be thankful for them and the fact that they endured so much for the sake of our country.”

The young people in Roseburg’s community commemorate the veterans who have persistently fought for the freedom of our country. Grace McAfee, 7th grader student at Umpqua Valley Christian School, said, “Some people see Veteran’s Day as a chance to get free candy at the parade. For me, Veteran’s Day is a chance for us to honor our Veterans. They have done so much for our country. They chose to work in the armed forces, to protect our country, and even die for our country! I have an aunt who works in the air force. She is still active and works very hard to protect our country. Veteran’s Day is a wonderful celebration of our citizens who have risked their lives for our protection.”

Quinn Coopride, 4th grader at Fullerton IV, sums it up, “We celebrate Veterans Day for the people who fought in the wars and the people who risk their lives for us. They are saving our country.”

Flags in the grass at Stewart Park on Wednesday.

Quinn Coopride holds a flag at Stewart Park on Wednesday.

Kids proudly waving their flags in the late afternoon at Stewart Park on Wednesday.