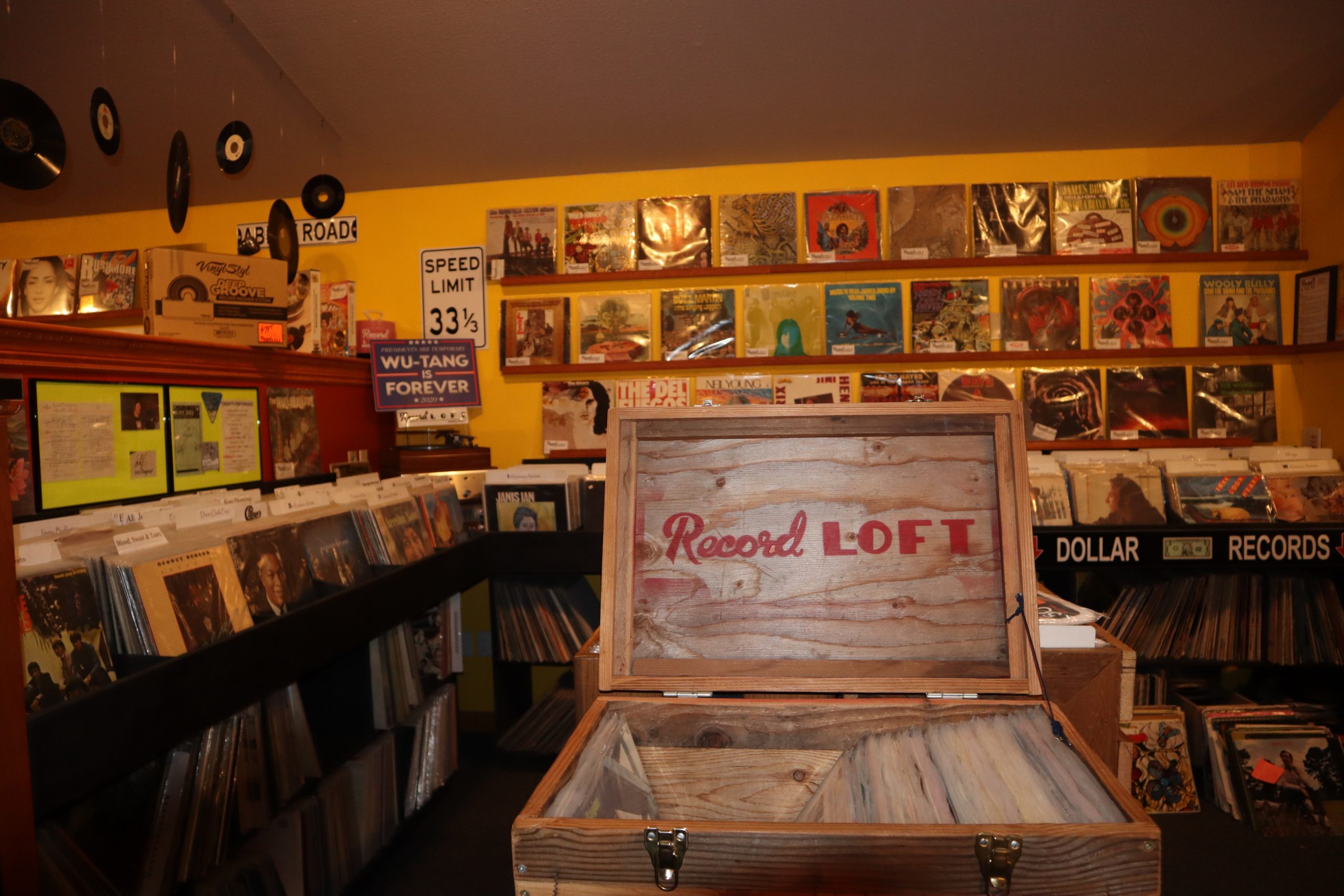 The Record Loft is a designated area upstairs at Good Vibrations where 2 channel audio, turntables, and vinyl are celebrated, according to owner John Hooper

“On the new side, we stock 400 to 500 typically, and on the used side, I’d guess somewhere around 4,000,” he said. “Inventory is constantly changing though, as we are always buying new collections, grading and sorting. Not to mention I have thousands of records at home that aren’t technically part of our inventory here at the store.”

Hooper’s favorite album from a collectability standpoint is the Beatles’ White Album.

“They were individually serial numbered,” he said. “Also the Rolling Stones, Sticky Fingers, because it has a working zipper, I mean how cool and crazy is that for a record?”

The Record Loft was installed after Good Vibrations opened.

“Good Vibrations has been in business since 1996,” Hooper said. “I moved it to the current location in 2004, and the vinyl record addition came into being sometime around 2013. It has grown modestly and consistently since then.”

The idea to start The Record Loft came from Hooper’s wife.

“The upstairs showroom was never really that successful. And my record collecting was getting out of control at home, so it was probably her clever way of getting some of the records out of the house,” he said.

Hooper said his favorite part of working in the store is seeing the look on someone’s face when they pick up a record they haven’t seen for years.

“It’s nice selling something that will make someone’s day a little better,” he said.

Running The Record Loft has been very enjoyable for Hooper.

He said, “The record portion of the business isn’t very challenging, to be honest. It’s kind of therapy. A little rabbit hole to get away from everything going on in the world.”

Hooper likes the sound of records.

“There’s a warmth to analog sound,” he said. “It’s also very nostalgic. People like to argue and fight all the time about whether analog or digital sounds better, and to me, it’s a moot point. It’s like saying what’s better, a Tesla or a 1960 Cadillac? They are both very cool and have their place. People that are going to like vinyl usually gravitate toward it.”

The Record Loft has had to overcome challenges due to the COVID-19 pandemic.

“It has cut down on the amount of traffic through the front door,” Hooper said. “But the diehard collectors still show up, just maybe once a month instead of twice a week like pre-COVID.”

“I think the whole thing that’s unique about Good Vibrations and The Record Loft is that it’s fun,” Hooper said. “I started out wanting to get paid for a hobby, and it’s pretty much worked out that way.  We hire like-minded enthusiasts that work here because it’s what they love to do. Our installers hook up your turntable, then go home and listen to theirs.”

The Record Loft has a wide variety of records in their store.

One of the many walls packed with records at The Record Loft.

Not only does The Record Loft have many records, but they also have many decorations.

One of the many records available at The Record Loft.