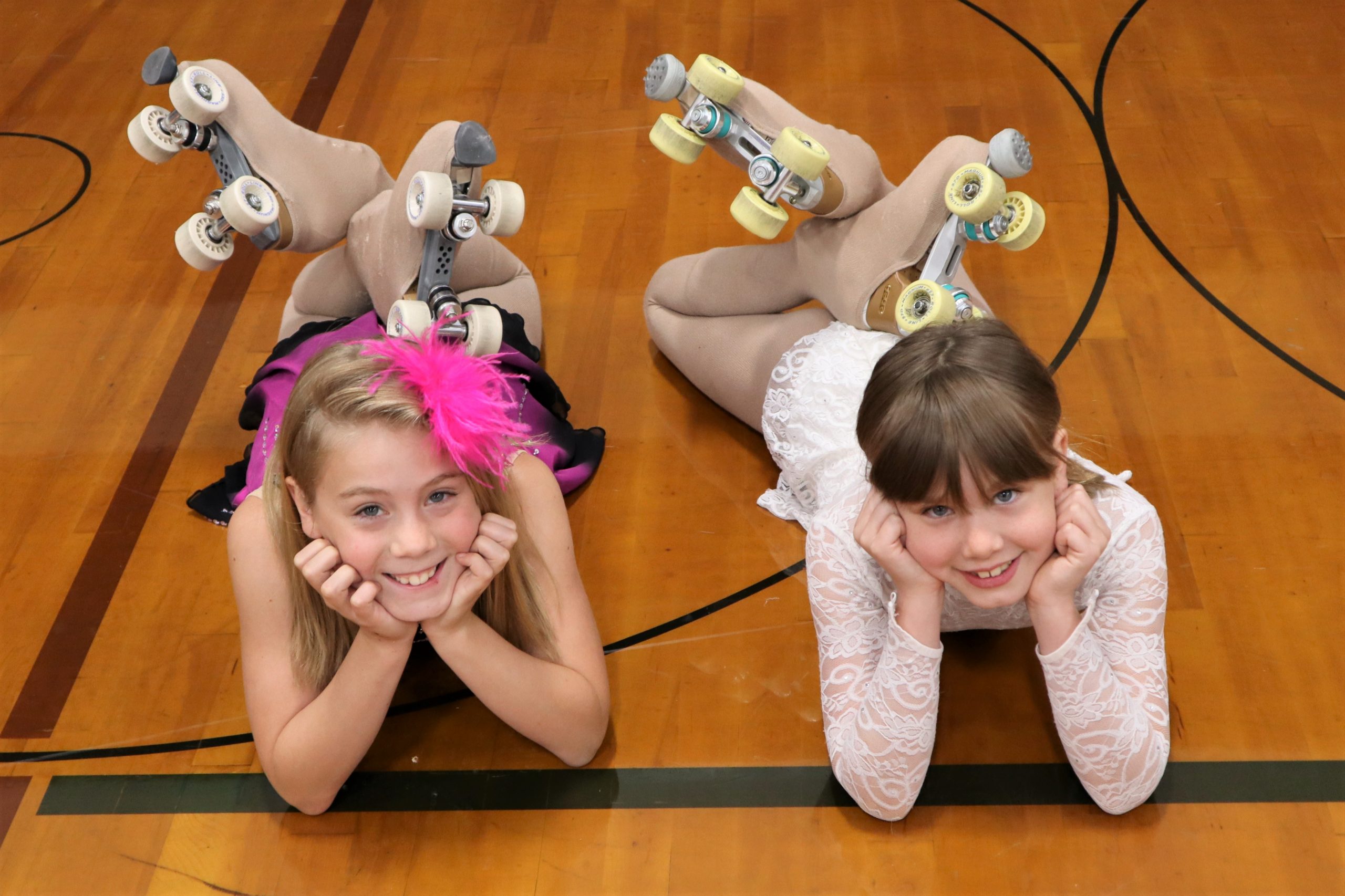 Quinn and Pepper Farrell are letting the good time roll at Parkview Skating Center. On March 16th the rink was forced to close due to Covid-19. However, on June 6th, it reopened! Now, in Phase 2, the rink is allowed to have up to 100 skaters. The girls are both super excited to be back at the skating center.

Quinn’s favorite thing about skating is accomplishing new tricks. Pepper’s favorite is skating fast. Quinn said that the skate team had zoom meetings twice a week, but it just wasn’t the same. Pepper stated “ I was excited, but scared I might have been rusty.”  Both girls have also been missing their skating pals. Quinn specified “I missed my friends, coaches and working on my program.”

As previously reported, Parkview Skating Center lost $12,000.00 in revenue due to the closure. Diana Colby said “I am writing a grant and asking for donations. We are a non-profit, community owned skating center.” If you want to help support them, you can send donations to Roseburg Skate, 200 NE Stewart Parkway, Roseburg, OR  97470 or stop by the rink to donate in person. Diana Colby is committed to keeping the skating rink open saying “I don’t want to surrender to the Covid-19 crisis.”